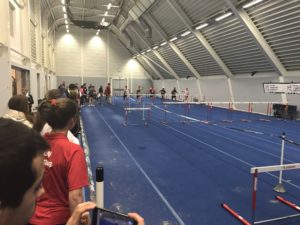 On January 25th more than 200 Dutch and 22 foreign athletes did compete in Amsterdam on long jump, high jump, 60m sprint and 60m hurdles. For both the jumping events and the sprinting events there were combined podiums on IAAF points.

The jumping events was won by Jaroy Biya (Swiss) with 7,46 on long jump. Second was Marlies van Haaren of the organizing club Phanos with 1,78 on high jump. Third was also long jump for men: Dudly Boeldak (Dutch club Rotterdam Atletiek) with 7,36m.

The sprinting events were won by Liam van der Schaaf (Phanos) with a fast time of 7.81s on the 60m hurdles. Second and third were for the two fastest women on the 60m sprint: Nketia Seedo (U-track) in 7,44 and Nargelis Statia (Rotterdam Atletiek) in 7,46. For Seedo a remarkable performance as she did won this senior prize as U20 athlete.

Next EAP race is relatively close by: February 9th in Belgium there is the Dour sprinting festival.

To accomodate not only all foreign but also all Dutch athletes there are some shifts on the schedule. This can be seen here in pdf of on atletiek.nu.

Registration for 60m and 60m hurdles can be done longer – until Tuesday. For jumping the last day of registration is today, with the screening tomorrow. All foreign athlete and the best Dutch athletes will be able to compete.

Feel a tense muscle during the Indoor Amsterdam? Get a free physio treatment on the spot. We have two professional physiotherapist to help you out.

Iris van Aken, physiotherapist and studying for a master’s degree in sports physiotherapy. In my work practice at FysiOK in The Hague and Zoetermeer, I treat a variety of patients, such as athletes and patients who start a revalidation after injury and surgery. In recent years I have been working as a physiotherapist at competitions such as the Dutch Athletics Championships and the Gouden Spike. I participated in competitions for years as an athlete myself.

Jamiro Elabeidi, physiotherapist and 60m & 100m sprinter. I work as a independent physiotherapist, currently working at Kolijn Fysiotherapie in Voorschoten (next to Leiden). As a competing athlete & physiotherapist, I have first hand experience with revalidation and sport-specific injuries. For screenings, diagnostics or treatment for any sort of pain, before, during, or after competition, feel free to visit. 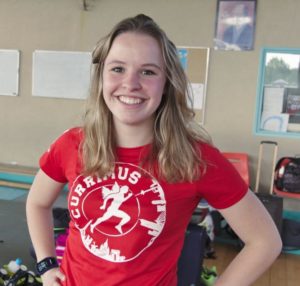 In 2020 the EAP Indoor Amsterdam is back! The concept is not changed: sprinting and jumping in the fast indoor track in Amsterdam. Write January 25th, 2020 in your calendar and register soon!

After yesterday’s youth races, the seniors were next.

Men’s high jump was exciting. In order to achieve a final winner, Daniel Leyba and Erwin de Vor were forced into a jump off. Daniel was victorious. In the women’s triple jump, from her first jump on, the British Angela Barret took the lead. Wich was enough to win this event.

The 3rd EAP Indoor Amsterdam started with the 60 meter sprint for the youth.
More than 150 athletes ran this distance twice in the Ookmeerhal. The fastest time over both races determined the winners in the various categories.

The four fastest times were run by Winjaris Windster (AAC) and Eyoël Hiensch (Phanos). Both juniors C also ran their races in almost the same time (WW: 7.81 / 7.80 – EH: 7.99 / 7.97).
In the final they must have felt the breath of Phanos athlete Isabel van den Berg in their neck. This girl junior D raced to the 4th time of all time in her category (7.99)!

To see all results: https://www.atletiek.nu/wedstrijd/uitslagen/16583/ 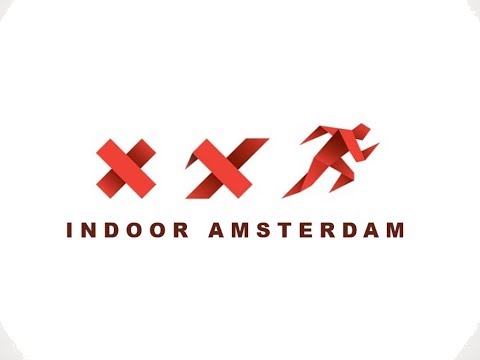 Approximately 150 children will sprint the 60 meters twice tonight. The fastest three athletes will be honored on a podium.

The EAP Indoor Amsterdam can be followed via the live stream